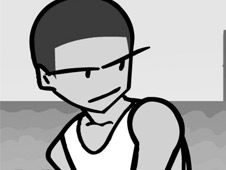 What is FNF: Eminem vs Hitler?

Could Eminem beat Hitler in an FNF rhythm battle? We think he could, even more so with your help, so try this new mod right here and have a historical rap battle, unlike any others!

Eminem Vs Hitler, is only possible in FNF!

Watch as arrow symbols match above the rapper, and when they do, press the identical keys from your keyboard to properly hit your notes/rhymes, and if you keep on doing it until the song concludes, you will have won. If you miss hitting the keys multiple times in a row, you lose the whole battle. Good luck, enjoy!