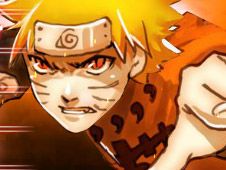 What is Fighting Jam Uzumaki Naruto?

Join Uzumaki Naruto, one of the world's most popular anime characters, in one of the best new Fighting Jam Games online on our website, which are 2 player fighting games online, this time featuring characters from this huge hit in the Japanese Animation media, but where is joined by One Piece characters and others from various anime.

In the 1P mode you fight one-on-one against the computer, in the 2P mode you do it against another real player, and in the Survival mode you have to fight one powerful enemy after another, with them just facing you in waves. Beat them up and deplete their health bar to win, but don't let them do the same to you. Various stages are available to do the fighting in.

Use WASD keys and J, K for one character, the Arrow keys for the other one, and start fighting! Only the strongest and those who never give up are going to become winners, and we're sure you will give your best to achieve it!