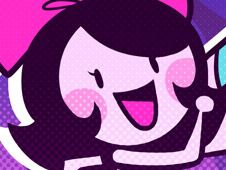 What is FNF Twinsomnia: Boy and Girl?

Welcome to FNF Twinsomnia, where you're about to have a rhythm battle of Boy Vs Girl with three new awesome tracks, in addition to the fact that you're playing in a huge new world that features lots of awesome new character designs. The tracklist is as follows:

Join Boy and Girl in the world of FNF Twinsomnia!

Whether you're playing in the story mode or free play mode, winning is achieved in the same way, by reaching the end of the songs, something that you do by helping your character (who stands on the right) hit their notes according to the charts.

Doing it is simple, as you need to press arrow keys at the same time as the identical arrow symbols match above your character, but make sure not to miss hitting them multiple times in a row, since it will lead to your loss. Good luck, enjoy!