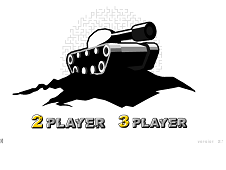 What is AZ Tank Trouble 4?

Tank Trouble 4 is the best game with tanks where you can play against the computer (Laika) or against your friends because the game is available in 2 player or 3 player mode. In this game, you have to have more skill and agility to fulfill your objective, namely to destroy enemies more often. In this game, you can play in two or even three players. The first player will lead the tank Trouble with the keys w, a, s and d and will shoot with q.

Probably the most important thing is to pay attention to the enemies you have in the game, whether you play in a single-player or multiplayer because at any time you can be hit by a bullet from the enemy tank. What makes this game fun is that the balls drawn from the tanks will re-enter the game several times (4-5 times) until they self-destruct, but by then everything they meet will destroy. If a gray ball hits a tank, you will die, and your opponent will win a point. One very important thing is that you can destroy yourself when you try to shoot the enemy tank, but the ball comes back to you and destroys you.

The second player will lead the tank with arrows and you shoot using the button m. The third player will be a lead tank with the mouse and everything with the mouse to the game. Once the game started, the purpose of each tank is to destroy its enemies. When a single tank remains in that field will be the winner and will receive one point. After earning a tank game will start from the beginning. Give your best to collect as many points and beat your friends. Pay us a like if you liked our game category tanks and give everything your best to pull off a performance worthy of the top players.

If you do not want to play multiplayer, you can choose to fight against the computer, respectively the robot that is a wolf by the name of Laika and who knows very well how to shoot with the tank. Pay close attention to the reflexes of the bullets outside the tank, most of the time you will die when a ball re-enters the game wall.