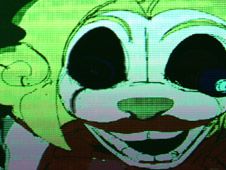 What is Five Nights at Fulp’s?

Five Nights at Fulp’s is a special crossover between FNAF and Newgrounds, in which you will have to survive being left alone with various Newgrounds characters, with most of them having been featured in many other games on our website.

Can you survive Five Nights at Fulp’s?

You have five main nights, each one with a different antagonist, as well as an extra one, and this is how you beat them:

Use the mouse to interact with cameras, power switches, sources, and items around you, using them to prevent these scary characters from entering your control room and killing you, which they aim to do just like the animatronics in the original Five Nights at Freddy's. Let's go!