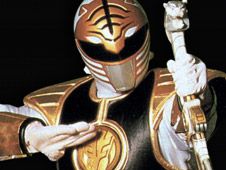 What is Mighty Morphin Power Rangers The Movie?

An older movie of Mighty Morphin Power Rangers had been released in the nineties, and, as you would expect, a game based around it for consoles had also been created, and we're really excited that we can now share it with you all on our website free of charge, unblocked, as you can now play it on browsers as well, so no need to search up an old SEGA GENESIS console or anything like that!

The game is a side-scroller one with adventure and action elements, where you will also do quite a bit of fighting too. Start off as your civilian characters and as you gather up force and power, use it to transform into your superhero costume, and beat all the bad guys you encounter.

Each character from the team has powers associated with an animal:

Use their various powers to complete all the stages, get all the points, items, and power-ups, and as you defeat smaller enemies you turn to fight bigger ones until you defeat the big baddies.

We wish you all the best, tons of fun, and hope that you tell your friends about this awesome retro game they can now experience here!