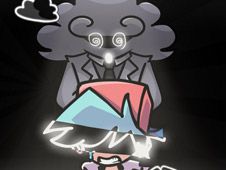 What is FNF The Greater Good vs Updike (Remorse Remix)?

Updike returns as an antagonist in the FNF The Greater Good mod featuring a Remix of the song called Remorse, and after having had tons of fun with it ourselves, we are positive that the very same is now going to be true for your own time with the game!

Defeat Updike on the Remorse Remix in the FNF The Greater Good mod!

When you see floating arrow symbols match above BF's head, press the identical arrow keys to hit your notes, and do it until the song ends to win, but know that missing your notes multiple times in a row instead leads to your loss, so focus, win, and have amazing times start to finish!