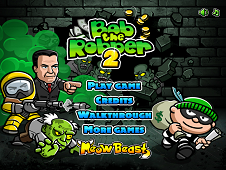 Bob is here again, this time trying to solve some police cases, but it isn't his business, that's why what he is doing right now, is pretty illegal so someone is going to come after him as soon as it is possible. However, let's get to the work in the following task, trying to make sure that you will successfully rob these houses, as soon as you can, in order to get the dirty money Bob wants so much. The story of almost the same as in the previous version of Bob the Robber, but now, the difference is that Bob, our incredible hero, thought that everything was cool after getting away after his last adventure, but the things are not just like that. Let's try to get in different doors to switch the floors of the building you are trying to steal, read the notes on the wall pressing the A key while you are next to them, following the instructions, collecting money and of course, make sure that you will not ever get caught either by the cameras, whose objectives are so powerful and wide or the guards, who are pretty insight when it comes to robbers just like you! Go for it right now and pay close attention to the details!

Use the arrow keys, A, W keys