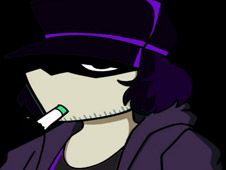 What is FNF vs Garcello Neo Remix?

Garcello, the chain-smoking musician that everybody in the world of FNF Games loves a lot is back for yet another round of rhythm battles, something we are positive you will be very excited about, especially since he now comes in his new Neo version, meaning that he looks a little bit different, and so does the world around him.

Not only are there new skins for characters, but the songs are also remixed, and they are:

To hit the notes of the songs in a game like this you use the arrow keys, pressing them at the same time as arrow symbols above Boyfriend match with one another, and if you do this until the song ends, you will probably win.

Now, be careful not to miss too many songs one after another, because if that happens you lose and have to start all over again from scratch, and you can't want that to happen, right?