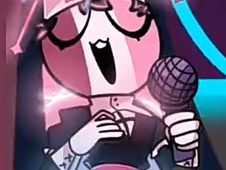 FNF Mid-Fight Masses Neo Remix is the mod that all fans of the classic one have surely been awaiting, as we've got the songs remixed and the characters reskinned with a new look, and even if you're first to this holy world of music, you will still have a blast. Here are your songs:

Whether you choose to play in the story mode or free play mode, winning is achieved in the same way in both cases, by reaching the end of the songs, something that you do by hitting notes according to the charts until that point.

To do it, press the arrow keys at the same time as the identical arrow symbols match on the right. If you miss too many notes in a row, you lose and need to start all over again from scratch. Good luck, enjoy!