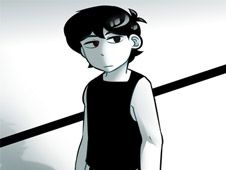 What is Friday Night Funkin’: VS OMORI Mod?

OMORI is the main character from the RPG game with the same name, him being a black and white kid who has a cat around him all the time, and because Boyfriend somehow ended up into his world, the two are now battling it out in a rhythm fight, something that you do on the following custom songs:

Boyfriend VS OMORI, the battle you've been waiting for!

Start by picking between the story mode and the free play mode, and then give it your best to hit all the notes of the songs at the correct times in their charts, so that you reach the end of the songs with no problem, and win!

To do so, when you see arrow symbols above BF being matched with one another, press the same arrow keys in order to hit the notes, but be careful about missing to do that too many times in a row, or you lose the whole game. Enjoy!