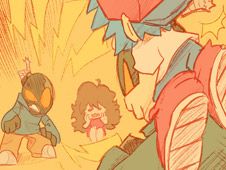 What is FNF: Whitty + BF VS Fun-Sized Whitty?

It seems that Boyfriend can't handle Fun-Sized Whitty by himself, which is why he brought in some help, and the best one to help with that is none other than the original Whitty, the full-sized one, who should know more about his fun-sized counterpart, which is why you will now take part in this awesome 2 on 1 musical battle, something that you will do on the following songs:

The choice between playing this game in the Story Mode or the Free Play mode is totally up to you, and in either of them, you've got the same goal, which is reaching the end of the songs by playing all their notes, winning once the progress bar has turned in your favor.

To do this, watch for when the arrow symbols above BF's head are matching, and then press the same arrow keys, and keep doing it, but know that if you miss doing it too many times in a row, you will lose the game and have to start it again. Enjoy!