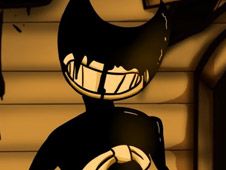 What is FNF vs Bendy Inkwell Hell?

Bendy returns as an antagonist for Boyfriend to face off against in a rhythm battle on our website, but this time you will have another version of the character, one that is scarier and is called 'Inkwell Hell', with you having to win against it on the song known as 'Expandable'. Let's see how!

Show Bendy what a real music hell is like!

After hitting play, win against Bendy and its ink machine by reaching the end of the song, which can only happen if you play all of its notes according to the chart.

How? Well, you watch for when arrow symbols above BF match one another, and at the same moment, you press the identical arrow key from the keyboard.

If you miss hitting those notes multiple times in a row, you end up losing, and you will be forced to start again from scratch. Good luck, and all the best we wish for you!