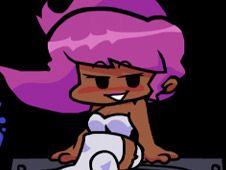 What is FNF: Diva but Everyone Take Turn Singing it?

“Diva” is a song taken from the FNF B3 remix, which we now invite you to play together with Boyfriend once again, but this time you are also doing it with so many other characters at the same time, as they all take turns singing with it, such as Bop and Bosip, Henry, Miku, Crash, Jade, Tankman, Tricky, Hololive, and many more!

Be a musical Diva with all your favorite FNF characters!

After hitting the play button, hit all the notes of the songs when your turn comes at the right time in the charts, something you have to keep doing until the song concludes in order to win.

This means that when arrow symbols above BF match one another, you will press the identical arrow keys, but if you miss doing it multiple times in a row, you lose and have to start all over again from scratch. Either, way, good luck to you all!