Let Among Us Love 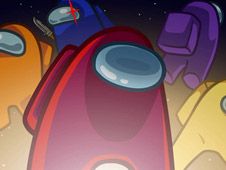 What is Among Us Online?

Now, directly from your browser, you can access the Original Among Us Game, which you can play for free, which is great for all those of you who so far have only played it through fan-made versions, something we hope will make you incredibly happy, just like it made us be simply for sharing it with you!

Who is the impostor among us? Is it you? Is it someone else? Let's play and find out!

The game is set on a spaceship, where all the characters are controlled by real players from all over the world, and they all look like astronauts, with no discernable face, but with a different color each one, so they are also referred to by those colors, such as Red, Blue, Green, White, Black, Pink, Yellow, and more.

There are two roles you can assume in this game, usually assigned randomly by the game:

This is a game about strategy, planning, moving fast, and it has tons of excitement, where you use the mouse to interact with the world. We hope you survive, no matter what role you take, and have tons of fun!