FNF Vs Tosty the Bread 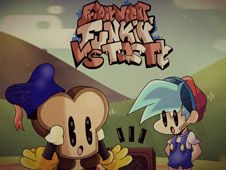 What is FNF Vs Tosty the Bread?

Tosty is a slice of bread that has some musical skills, enough of them that it has challenged BF to a rhythm battle, and you are now invited to help Boyfriend, the protagonist, win the battle on the following songs:

Whether you choose to face this character in the story mode or free play mode, to win you do the same thing, which is hit your notes according to the charts until you reach the end of the song.

So, when the arrow symbols match above BF's head, that is when you press the identical arrow keys to hit your notes, something you need to do until the song's conclusion.

Miss hitting the notes too many times in a row and you lose, so focus and win instead. Good luck and all the best we wish you all!