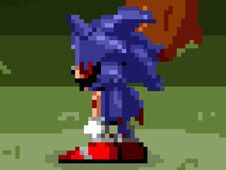 What is Friday Night Funkin’: Tarnished?

In the FNF Tarnished mod that you're about to play right now for free on our website, BF is stuck in the Sega Genesis, where he needs to fight off against Sonic to get back to his own reality, and you will help him win!

Win the FNF Vs Sonic battle on Tarnished!

When you see floating arrow symbols match above BF's head, that is when you need to press the identical arrow keys at the same time to hit your notes, and you need to keep doing it until the song ends to win. Be careful about missing notes, because if it happens multiple times in a row you will lose and have to start again from scratch. Good luck, enjoy!