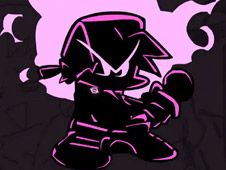 What is Friday Night Funkin’ Nightmares?

Experience the Friday Night Funkin’ Nightmares right now and here with this latest crossover of FNF Games and Indie Cross, as you duel a lot of scary versions of the characters in that series, doing it on the following amazing tracks:

Whether you attempt to do this in the story mode or free play mode, winning is achieved in the same way, which means reaching the end of the songs, something that can be done only by hitting your notes according to the charts until that point.

To do it, press the arrow keys at the same time as the identical arrow symbols match above BF, but don't do it too early or too late, you lose and have to start all over again from scratch. Good luck, enjoy!