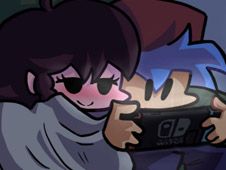 What is FNF Cheated?

FNF Cheated is a mod where Girlfriend went behind the back of Boyfriend, so he is now going to sing one of the saddest songs in the whole series, something that you're invited to help him out with right away!

Sing Cheated with Boyfriend in FNF!

Watch when arrow symbols float and then match above BF's head, and, when they do, press the identical arrow keys to hit your notes, doing it until the song ends to win while being careful not to miss your notes too many times in a row, you will get the health bar depleted and then lose the game. Good luck, enjoy!