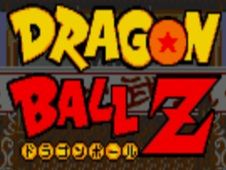 What is Dragon Ball Z: Call of Fate?

Dragon Ball Z: Call of Fate is a classic fighting game featuring Dragon Ball characters! There are 2 modes in the game, Versus, and Story. The Story Mode of the game tells you the story of the character you choose. Each character a unique story. In the Versus Mode, you play against another player, like your friend, for example. You may also play against the Computer in this mode.

The playable characters in the game are Goku, Gohan, Krillin, Piccolo, Vegeta, Captain Ginyu, Recoome, Frieza, Future Trunks, Android 18, and finally, Cell. The game features a split-screen mechanic that allows the player to stay far away from the opponent and to perform a "Ki Blast".

A Ki Blast can be performed if your "ki" meter is high enough. You can earn ki by hitting the enemy. When a Ki Blast is performed, it shoots a very powerful ball of energy that deals a huge amount of damage. When a Ki Blast is performed while the player is far away, the opponent has very little time to dodge the attack. In the game, you can kick, punch, and even fly up in the sky. You can also perform special moves using button combinations.