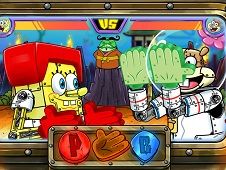 What is Nickelodeon Arcade?

Nickelodeon Arcade is an arcade game in which our friends from Nickelodeon have combined several interesting mini-games, in which you will have to meet your favorite characters from the cartoon series with Henry Danger, No-Ad, Spongebob, The Loud House.

You will have the opportunity to choose which game you want to play or which character you want to start a new adventure, but for starters, we present the games you can play in Nickelodeon Arcade:

Throughout the game, you will have to collect as many tickets to use in the game so as to buy your toys, unlock special games, or even reach the top players.

use the mouse to open each game, then read the instructions for each game.