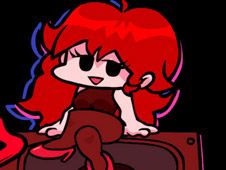 What is Friday Night Funkin': REMIXED?

Among the many new FNF mods online we make sure to bring them over to our website as often as possible, the ones that we probably love the most are the remixed ones, where the whole look of the game changes, as they bring new colors, new backgrounds, and new sprites or animations, with Friday Night Funkin': REMIXED being the latest one, having lots of awesome new charts, new songs, and tons of fresh fun for you to have!

How to play FNF remixed games

The gameplay remains the same, and so does your goal in this game, where you have to help Boyfriend defeat various antagonists like Daddy Dearest, Pico, Mummy Mearest, Senpai, Spook, and Skeez, and others, and the battles are not physical, but musical.

You will have to press the arrow keys when their floating symbols match with the ones above your character, as that is the time for those notes to be played, but if you miss them too many times, you lose, so be careful.

Instead, hit all the keys correctly, prove you have rhythm, and win the funk contest! You can do it in either the story mode or the free play mode, and it's up to you at what level of difficulty you play this. Good luck!