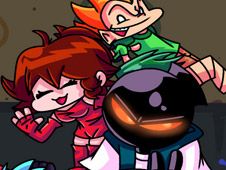 What is FNF vs Whitty Remixed: Returned?

Once again, FNF's Whitty Mod has been Remixed, for a second time, as we've now got you the 'Returned' version, where the original songs have been modified even more so, and this update includes a lot of awesome new stuff, from the music to the animation. These are the new tracks you challenge the bomb man on:

FNF's Whitty has Returned, he's Remixed, and ready for battle!

Whether you are playing against him in the story mode or free play mode, to help BF win you need to reach the end of the songs by playing all their notes according to the charts, meaning that when you see arrow symbols match above BF's head, that is when you need to press the identical arrow keys.

Don't miss hitting the notes multiple times in a row, or you lose and have to start again from scratch. We wish you all good luck and all the best!