FNF vs Garcello with Lyrics

FNF vs Whitty with Lyrics 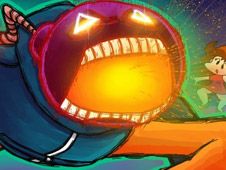 What is FNF vs Whitty with Lyrics?

One of our favorite characters from the Friday Night Funkin Games series is now returning, and that is none other than Whitty, a man whose head is a bomb and gets really angry really quickly, who is now your antagonist once more, so help Boyfriend defeat him! What is different about the game, just as the title suggests, which is FNF vs Whitty with Lyrics, is that the songs in this game will also be accompanied by lyrics, making the experience even better, and a fresh one!

Defeat Whitty in a rhythm battle of funk and lyrics!

You will play in either the story mode or free play mode, it's up to you, and to achieve victory you need to reach the end of the songs and have the progress bar in your favor. The songs featured in this game are:

When the arrow symbols above BF's head match with one another, at the same time you have to press the exact same arrow on your keyboard to hit the notes of the songs at the right time, but be careful not to miss too many notes one after another, because if that happens you lose the whole game. Good luck!