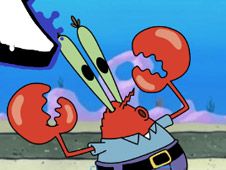 What is FNF Krabbattle (SpongeBob)?

The newest crossover on our website between FNF Games and SpongeBob Games has just arrived, and it is in the form of the awesome new game called FNF Krabbattle (SpongeBob), where you will have a duel between Mr. Krabs and Mr. Pez, on this meme song called Krabbattle, just as the game's title.

To hit the notes of the songs you need to use the arrow keys, pressing them at the same time as arrow symbols floating around match above your character's head, since that is how you follow the charts of the songs and groove to them accordingly!

If you do that until you reach the end of the song and the progress bar has turned in your favor, you will have become the winner, but be careful not to miss too many notes in a row, or you become the loser, of course!

Good luck, enjoy, and stick around for fun as only on our website you get to have it!