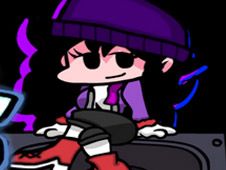 Welcome, all to our team's latest addition to the FNF Games category of our website, where right now we are delighted to share with you the game called FNF vs Chill-Sides 2.0, a game that reimagines the original one all the way up to week 4, having new sprites, animations, and backgrounds, and bringing awesome chill remixes to the songs you know and love!

Rediscover what you love about FNF, now chiller!

Together with Boyfriend you will have to face off against a total of four antagonists, and you can do it in either the story mode or the free play mode, it is totally up to you, with each one having its own benefits.

In order to win a rhythm battle you need to reach the end of the song and play all of its notes appropriately, according to the charts, which means that when arrow symbols above BF match one another, you press the same ones.

Keep doing so until the song ends, but be careful not to miss too many of the notes one after another, because if that happens you lose and have to start again from scratch, and you don't want that to happen, right? Good luck!