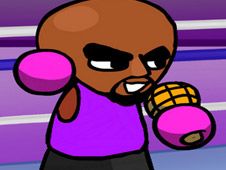 What is FNF vs Matt Wiik B-Sides?

Matt from Wii Sports has constantly been one of the most popular characters to have crossed over to the world of FNF Games online, which is why we are delighted that right at this moment we get to share with you all the game known as FNF vs Matt Wiik B-Sides, where you go up against him on tons of new and interesting songs:

Even with the B-Sides, Matt from FNF Wiik is a worthy opponent, so give your best to defeat him!

You are going to choose between the game's story mode and free play mode from the main menu, after which you give it your best to reach the end of the songs by playing all their notes according to the charts.

How? Well, when you see arrow symbols matching above BF's head, you need to press the identical arrow keys at the same time, but be careful not to miss doing that multiple times in a row, because you will lose and have to start again from scratch. Enjoy!