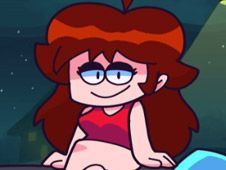 What is FNF: Spooky Night Funkin’?

Despite the title and appearance of this game, this is not a mod that just has the Spooky Week that you all know and love from FNF, but instead is an FNF mod that makes everything spooky, and has lots of new and original songs, such as:

These new songs are added onto Week 2, and all the other six weeks have different characters for you to battle against, but on their original songs, and this is true for both the story mode and the free play mode.

Well, to hit all the notes of the songs, when you see arrow symbols above BF's head being matched with one another, it is at that moment you have to press the same arrow keys, and you need to keep on doing it until the end of the song to win, but if you miss pressing too many of the keys in a row, you lose, so focus not to let that happen. Enjoy!