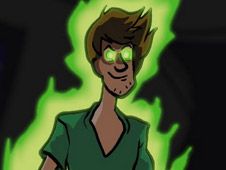 What is Friday Night Funkin’ VS Shaggy 2.5?

Shaggy is without a doubt the ultimate enemy of Boyfriend from FNF, and this Scooby-Doo character has now returned for a brand new version of this mod, one known as Friday Night Funkin’ VS Shaggy 2.5, where he goes up against Boyfriend in a total of 12 songs, with many of them being new, with the total list being the following:

Shaggy is up for it again, are you?

In both the story mode and the free play mode of the game, give it your best to reach the end of the songs by playing all their notes according to the charts, so when arrow symbols above BF match one another, press the same keys.

Be careful not to miss pressing the keys too early or too late, because if that happens, you lose and have to start all over again, and we're sure none of you want that to happen, right?