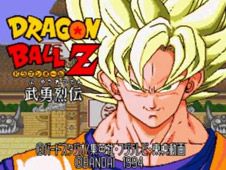 Majin Bu and his various other forms are some of the biggest antagonists that Goku has ever faced in his history as a Z Warrior, and you will now go up against him and various other fighters from this popular anime, with this playable browser game that emulates the 1994 classic known as Dragon Ball Z Bu Yu Retsuden!

Choose the character that you want to be, having options such as Goku, Friza, Krillin, Vegeta, Piccolo, and many others, and fight against foes in order to defeat them, as you have to completely deplete their health bar to win before they can do the same to you first.

You will move your character using the arrow keys, press A to punch, S to kick, D to fly, and when you want to start or select something from the game's menu, press the enter key.

It is really that simple and fun, so we hope to see you start right now, have fun as only here is possible, fighting one foe after another, and then check out more anime fighting games online we have to offer, as there's plenty of them out here!