FNF: Roses Remix But Everyone Sings it 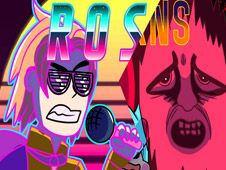 What is FNF: Roses & Thorns Remix by RetroSpecter?

Roses & Thorns are Senpai's most popular songs, and they have finally gotten a remix by none other than RetroSpecter, one of the most talented musicians in the whole world of FNF, which is why right now we are happy that you can enjoy it in a rap battle with this new mode you HAVE to play, believe us!

Defeat Senpai even with RetroSpecter's music!

After choosing between the story mode and free play mode, either way, give it your best to win by reaching the end of the songs, which only happens if you play all their notes according to the charts. To do this, when arrow keys are matching above BF's head, you need to press the identical arrow key from the keyboard.

Be careful not to miss pressing the keys too many times in a row, because if that happens, you lose and have to start again from scratch. Good luck, and all the best we want to wish to you all!