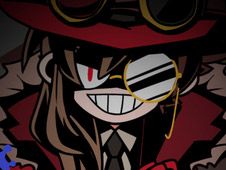 What is FNF vs Dr.Wardo (Sandbox Rangers)?

Dr. Wardo is a mad scientist type character that Boyfriend has to now defeat in a rhythm battle, something that he is doing suited up as Azi-Rider, with these characters being heavily inspired by Power Rangers, as you can probably see from the images, and you have to defeat this new character on the following songs:

Out-sing Dr. Wardo and banish him!

Whether you play this game in the story mode or free play mode, the way to win is the same, by reaching the end of the songs, which you do by playing all their notes according to the charts.

This means that when you see arrow symbols float and match above BF's head, you will have to press the identical arrow keys, simple as that. Make sure not to miss doing it multiple times in a row, because you then lose. Enjoy, good luck we wish you!