FNF Atrocity but Everyone Sings it 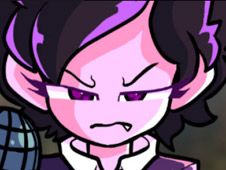 What is FNF Another Atrocity Fan Mod?

Let's have fun with a new Atrocity fan-made mod in FNF, a song that has really resonated with fans and has now been featured in many more mods, with this mod featuring the two characters called The Skeleton and JellyBean battling it out!

When you see arrow symbols match on the right side of the screen, above Jelly's head, that is when you need to press the identical arrow keys to hit your notes, and if you keep doing it until the song concludes, you become its winner. Miss too many notes in a row, and you lose, having to start again from scratch. Enjoy!