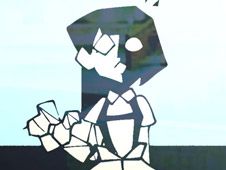 What is FNF SugarCrush Stairway (Nikku Vs. Ena)?

The FNF SugarCrush Stairway mod features a rhythm battle between Nikku and Ena, two beloved characters from this series, who you help take the following songs to the end:

Have fun with the new FNF SugarCrush Stairway mod!

Whether you're playing in the story mode or free play mode, help your character reach the end of the song by playing its notes according to the charts to win. To do it, press arrow keys when the same arrow symbols match above them. Don't miss doing it multiple times in a row, or you have to start again from scratch. Good luck, enjoy!