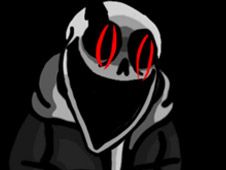 What is FNF vs VHS Sans?

VHS Sans is a new version of the Undertale character that you will now have to duel against in a rhythm battle in this full mod featuring the following amazing tracklist:

Choose between the story mode and free play mode, and then, in either case, give your best to reach the end of the songs by hitting their notes according to the charts, something you do by pressing arrow keys at the same time as the identical arrow symbols match above BF.

Be careful not to miss hitting said notes multiple times in a row, since that leads to you losing and having to start again from scratch. We wish you the best, fun as only here is possible and hope to see you around more!