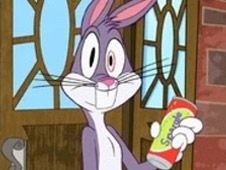 Boyfriend meets Bugs Bunny who is addicted to Spargle, and you're invited to defeat him in a rhythm battle on the song with the same name right now, having utmost fun as you always do with this character!

Defeat Bugs Bunny in FNF and rid him of his Spargle Addiction!

Watch for when arrow symbols match above BF's head, and press the identical arrow keys at the same time, doing it until the song ends to win. Know that pressing the wrong keys, or pressing the correct ones too late or too early will cause you to miss notes, and if you miss too many in a row, you lose, so be careful and make sure you win instead! Enjoy!