FNF vs Raise A Funkin Floppa 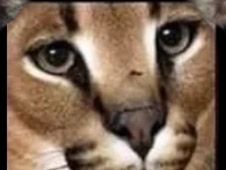 What is FNF vs Raise A Funkin Floppa?

Boyfriend entered the Roblox server to raise a Floppa to funk with, which is what will now go down in this latest mod that features quite a lot of awesome songs for you all:

Raise A Funkin Floppa to sing and dance with!

Whether you're playing in the story mode or free play mode, winning is achieved in the same way, by reaching the end of the songs, and that only happens if you play your notes according to the charts correctly.

So, when you see the floating arrow symbols match above BF, press the identical arrow keys at the same time, and keep on going. Don't miss hitting notes too many times in a row, that will lead to you losing. Good luck, enjoy!