FNF I Hate You (Judas) 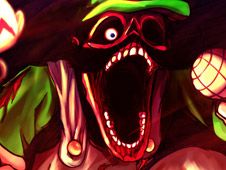 What is FNF: I Hate You (Ezhalt’s Remix)?

Try Ezhalt’s Remix of I Hate You, a song originating from the FNF Mario Madness mod, where the battle will now take place between you as Boyfriend against Luigi, one of two of the most iconic brothers in video games!

Ezhalt’s Remix of I Hate You from FNF is here, beat Luigi on it!

Watch for when arrow symbols match above BF's head and press the identical arrow keys at the same time, doing it until the song ends to win, but know that pressing the wrong keys, the right ones early or late, or not pressing them at all means missing notes. If you miss too many in a row, you lose, so focus to win instead! Good luck!