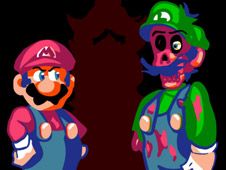 What is Dead Brotherhood (I Hate You FNF Mod)?

Let's have a rhythm battle between Mario and Luigi in one of the newest FNF mods of our website, called I Hate You, where you play as Luigi against Mario on the song called 'Thanks for Nothing'.

Will an FNF rhythm battle revive the Dead Brotherhood between Mario and Luigi?

When you see arrow symbols float and match above Luigi's head, that is when you have to press the identical arrow keys to hit your notes, and doing it until the song ends, you win. If you miss hitting the notes multiple times in a row, you lose and have to start again from scratch. Good luck and all the best we wish you all!