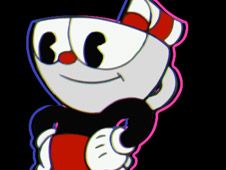 What is FNF Cuphead Mod?

Cuphead and Friday Night Funkin' are both original games made by independent teams, so we are not at all surprised that their passionate fanbases would come together to create a crossover between the two, just like it happens right now with FNF Cuphead Mod, which is not the first mod with these characters here, but it is a new one where Cuphead needs your help to battle The Devil on brand new original and custom songs, so get ready for action!

Cuphead Vs The Devil, now on the sickest beats!

To win in this game you need to have a really good rhythm, which means that you have to sing, rap, or play the songs according to their charts, doing so until their end, where you win if you've made the progress bar tilt in your favor.

To achieve that, use the arrow keys, keys that you have to press at the same time as the flying arrow symbols above Cuphead match with one another, but don't miss doing that too many times in a row, or you lose the whole game. Good luck, and focus!