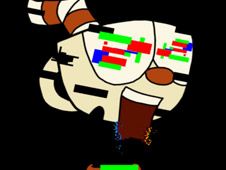 What is FNF X Pibby vs Corrupted Cuphead?

Cuphead is the latest video game character to have caught the Pibby Corruption virus, something that you now need to help get out of him by helping Boyfriend defeat him on three new awesome songs of this rhythm battle:

Choose between the story mode and free play mode, and then, in either case, give your best to reach the end of the songs by hitting their notes according to the charts to win, so when arrow symbols float above BF, that is when you press the identical arrow keys. Miss doing it one too many times, and you lose, so focus not to let it happen, but win instead!