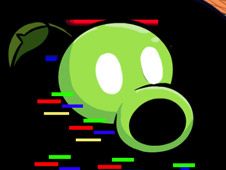 What is FNF X Pibby vs Corrupted Peashooter?

The Peashooter from Plants Vs Zombie has now been corrupted by the FNF Pibby virus, so the only way to get it rid of it is by defeating this antagonist right now and here on the song called 'Bloom-N-Brainz'.

Help BF defeat the Corrupted Pibby Peashooter, only in FNF!

Watch as arrow symbols float and match above BF's head, and when they do, press the identical arrow keys to hit your notes, and if you can keep doing it until the song ends, you win. Watch out not to miss hitting the notes too many times in a row, or you lose and have to start again from scratch. Enjoy!