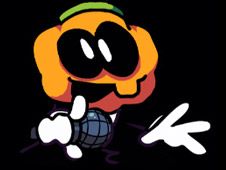 What is FNF: Pump wants to Chug Jug with You?

Can you hit all the notes together with Pump?

Be careful not to press the keys at the wrong times, because if you do it once, the song goes on, but if you do it too many times in a row, you lose the game after a couple of mistakes.

We only want to wish you all good luck, a great time as only here is possible, and we hope that you stick around for even more fun to come, only here!