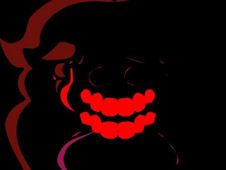 What is Friday Night Funkin’ VS GF.hx – You Can’t Delete GF?

An evil version of Girlfriend from FNF called GF.hx has now appeared before Boyfriend, and he really needs your help to defeat her in a rhythm battle and bring her back to her old senses, something you will do on a song called 'Invincible'!

Defeat GF.hx in a brand new rhythm battle in FNF!

When you see the floating arrow symbols match above BF's head, that is when you need to press the identical arrow keys to hit your notes, and you need to keep on doing it until the song ends to win, while being careful not to miss hitting notes too many times in a row, because you will then lose. Good luck, enjoy!