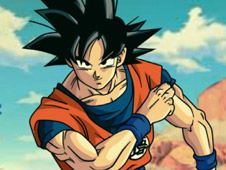 What is FNF Saiyan Courage vs Goku?

FNF Saiyan Courage is a mod where Boyfriend has the courage of going up against Goku, but, well, not in fighting, but in music, as the two will now duke it out on one song only!

Can you defeat Goky and show your FNF Sayan Courage?

When you see floating arrow symbols match on top of BF's head, to the right, press the identical arrow keys to hit your notes, doing it until the song ends to win, while being careful not to miss too many notes in a row, because if your health bar depletes, you will lose instead. Good luck, enjoy!