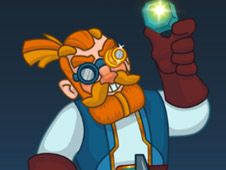 What is Merge the Gems?

Merge the Gems is a new puzzle game with logic, diamonds, and, of course, merging, all of which are elements that already stand on their own quite well, and if the game had been only about one, it would still have been received very well, but now that it has all of them, it will be even better to play it!

Use the mouse to drag gems around, and take two of the same number to merge them together and form a bigger number, and keep doing so until you reach the gem required for that level to clear it, such as 30, for example.

To prevent that from happening, it's simple: keep on merging the gems. Now that you've surely understood what and how to do it, let the fun begin right now, after which even more great games will follow, we promise!