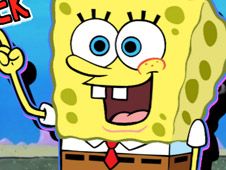 What is FNF Vs Spong Full Week?

We know that there have been previous crossovers between Friday Night Funkin Games and Nickelodeon's SpongeBob show on our website before, and that is not at all surprising, since they are both really popular, but today we offer you a brand new game called FNF Vs Spong Full Week, where Spongebob is your rival for the whole week, and you get to fight him in four custom songs:

Can you and Boyfriend defeat SpongeBob in a rhythm battle?

Well, we hope you will try to achieve that, whether you play in the story mode or free play mode, as it is totally up to you how you do it. The goal is to reach the end of those four songs and if the progress bar is in your favor, you win.

When you see arrow symbols match above BF's head, press the same ones on your keyboard to play the notes of the songs, but be careful not to miss too many of the notes one after another, or that means losing the game. Good luck!