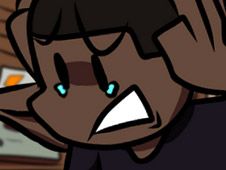 What is FNF vs Broken Table?

The kid whose table was broken and became a meme on the internet is now featured as a protagonist in a rhythm game on our website, in the Friday Night Funkin' Games category, of course, as we now want to invite you all to have tons of fun singing two versions of the song that expresses his agony:

Break into song, not into tables, right now and here!

Whether you are playing in the story mode or free play mode of the game, the way you win is identical in both, and it is playing all the notes of the songs at the right time until the song concludes.

To do this, when arrow symbols match above your character, at the same moment you need to press the very same arrow keys, but know that if you miss doing it multiple times in a row, you end up losing and having to start again from scratch. Enjoy!