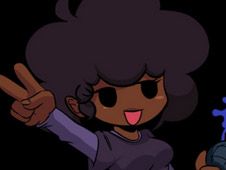 What is FNF vs Carol HD Expanded?

You've already played an FNF Carol Expanded mod on our website, but you now get to have more songs for the expanded HD version as well, where the character returns with high-definition graphics, sprites, and sounds, and tons and tons of fun for you to be having from start to finish, as it is guaranteed with all of the amazing games we always make sure to share here with you. Here are the songs that have been expanded upon and made better:

In both the story mode and free play mode of the game, you win by reaching the end of the songs, which you do by playing all of your notes according to the charts, correctly. This means watching for when arrow symbols above BF match one another and pressing the same arrow keys at the same time.

Be careful with your timing, because missing to hit multiple notes in a row will lead to you losing and having to start again from scratch, something we really hope does not happen, so focus, and win, with the power of rhythm!