FNF: For Hire but Dorkly Characters Sings It 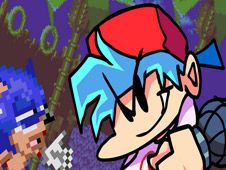 What is FNF vs Dorkly Sonic?

Sonic continues to be one of the most popular characters to appear in FNF, which makes us very happy since we love this character just like we think you do as well. Next up you get to face off this character in a new version of him, to make things fresh, called Dorkly Sonic, and you do it on the song called 'For Hire'.

Boyfriend Vs Dorkly Sonic, a new FNF mod to play and remember!

Hit the notes in your part of the charts to reach the end of the song and win, meaning that when you see arrow symbols float and match above BF's head, press the identical arrow keys from the keyboard, and keep doing it without missing too many notes in a row, because if that happens, you lose.

It's that simple, so try winning like this on this song, and try to do it on all the levels of difficulty to challenge yourself. Enjoy!